Join the struggle to end two-party rule in America.

Was the Lee Zeldin attack a Hoax?

The 99 Percenters :: General Discussion :: In the News

Was the Lee Zeldin attack a Hoax?

NY Governatorial candidate LeeZeldin was supposedly attacked. This sounds and looks like a publicity stunt. Zeldin is behind in the polls. This was an attempt to change that.

That was the purpose of this stunt, to bring attention to crime issues and thus promote Zeldin's floundering campaign
https://twitter.com/FoxNews/status/1550646935685660673?s=20&t=DLR3ITg1vEgzkZGxp9rnzw

Hochul is ahead in the polls by a wide margin. That is why the Republicans pulled this 'attack' stunt:

So apparently Zeldin's attacker is a veteran. And that he never expressed any political views. Which is a surprise. Shouldn't he have have been a Antifa type. 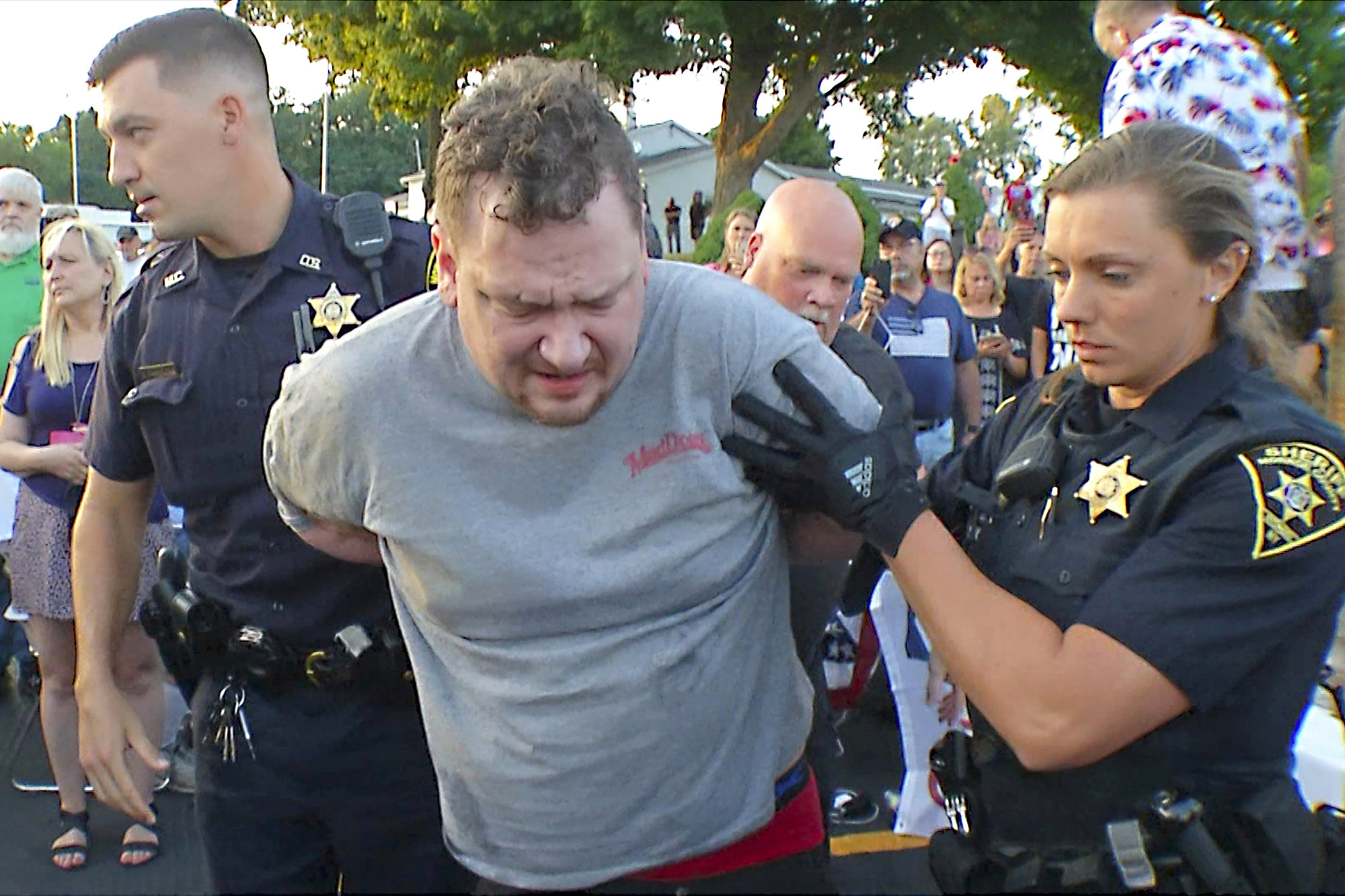 Doesn't look crazy to me. Why would someone who knows he is going to be prosecuted to attempted murder just around casually and not try to flee? Isn't too convenient that he was let out on bail. This is Zeldin's whole platform. 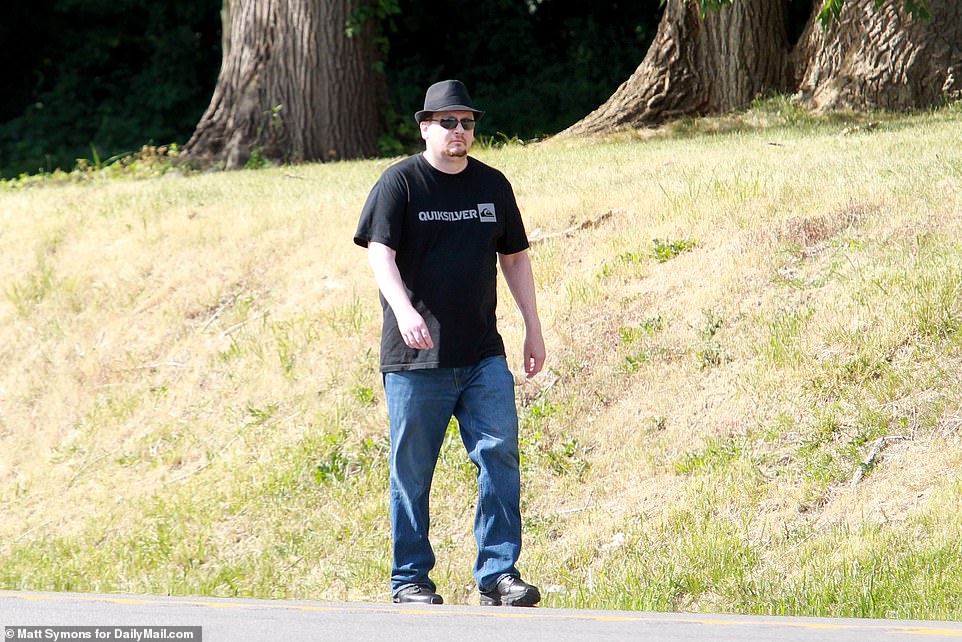 This sounds just as suspicious. He goes on stage to attack someone he doesn't know with a keychain/knife. Does that make sense to you? There were signs everywhere. And why was he attending this rally if he didn't who the person was speaking. Why go to a rally in the first place? And how was he disrespecting veterans? Someone needs to ask him that:

A man accused of attacking New York GOP gubernatorial candidate Lee Zeldin during a recent campaign rally told investigators he'd been drinking that day and didn't know who the congressman was, according to a federal criminal complaint filed Saturday.

David Jakubonis, 43, was scheduled to appear in court Saturday in Rochester to face a count of assaulting a member of Congress with a dangerous weapon. Jakubonis was arraigned Friday on a separate state charge of attempted assault in the second degree and then released, a Monroe County sheriff's spokesperson said.

The federal criminal complaint alleges Jakubonis, an Iraq War veteran, told investigators he had been drinking whiskey on Thursday and went on stage as Zeldin addressed a Veterans of Foreign Wars post in the town of Perinton to ask the speaker if he was disrespecting veterans.

Jakubonis "did not know who the speaker was or that the speaker was a political person," according to the complaint, which was filed in U.S. District Court in Rochester. The complaint added that when Jakubonis watched video of Thursday evening's incident he told investigators he "must have checked out." Zeldin's attacker was "charged with attempted assault in the second degree" which allowed him to be released from jail." "Monroe County District Attorney Sandra Dorley could have charged Jakubonis with crimes that would've prevented his release from jail." Dorley just so happens to be Zeldin's campaign co-chair. Coincidence? No chance.

"In the case of Mr. Jakubonis, the Monroe County district attorney could have chosen to charge him with a violent felony, which would have qualified the case for potential bail, and pushed to keep him behind bars," The New York Times reported.

"NY GOP Rep. Lee Zeldin is blaming the release of the man who allegedly attacked him on bail reform. The man was released because the DA very strangely charged him with a non-bail eligible offense. That DA - Sandra Doorley - is co-chair of Zeldin's campaign," New York attorney Rebecca Kavanagh wrote.

Conveniently Zeldin's attacker was released which was immediately denounced by right wing media and politicians. Zeldin himself predicted that Jakubonis would be released on cashless-bail. That suggests that this was a planned hoax involving several Republican politicians. By releasing Jakubonis Zeldin, and his supporters, could denounce the lax crime laws in NY state.

This is a hoax. And it should be investigated. Currently the mainstream media has it's head up it's a**. They are buying the publicity stunt as if it were a real assassination attempt. We need to pursue this. It's an abuse of power that should be exposed.

The 99 Percenters :: General Discussion :: In the News

Page 1 of 1
Permissions in this forum:
You cannot reply to topics in this forum
Search
Latest topics
» Democrats are the New Republican Party

» The Criminal Justice System in America is Unjust

» Was The Democratic 'Inflation Reduction Act' Bill a Sham?

» Who is Killing Muslim Men in New Mexico

Democrats are the New Republican Party

The Democratic Party has betrayed the trust of it's voters. They claim to represent the downtrodden. In fact they represent moneyed interests.

Joe Biden has been a disaster as President. And it will only get worse. It's not clear whether he is an improvement over his predecessor.

Donald Trump, and his family, must be held accountable for their many crimes against America.

The Republicans are the party of insurrection, racist, sexism and neo-fascism.

The right/GOP has declared war on women. We must fight back before women lose all their rights. The Democrats won't fight for abortion rights then We The People will.

Violence against law abiding citizens, especially African-Americans, by law enforcement is an epidemic.

We Must Stop the 5th Columnists Amongst Us

Donald Trump and his buddies are working on behalf of Russia to overthrow the United States.

We Need A Political Movement of the 99 Percent

Worldwide the struggle for freedom is growing despite the oppression. We need a movement that speaks to the vast majority of the earth's population. And America must lead the way.

Boycotts have always been used to bring about positive change.